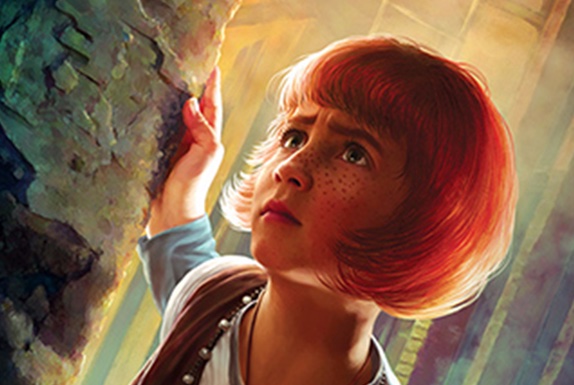 While the Bless option is most likely the strongest one, I am focussing on the Cursed deck as it is in my opinion the very first Investigator that can really shine with the mechanic since its introduction in The Innsmouth Conspiracy.

Store tokens on enemies during Evasions and use them during your Eye of Chaos (4) tests to get all the clues at connecting locations. Trigger Paradoxical Covenant at the end to also get 2 clues at your own location.

The Cursed Event suite is the main generation engine:

Play Deep Knowledge and Faustian Bargain from your hand and your Discard Pile to get a double benefit: heavy reward with some Tokens for free clues.

Promise of Power to boost some useful tests like combat before you can afford the Eye of the Djinn or with Eye of Chaos to succeed the test.

Stirring Up Trouble can also be helpful to fill the bag with before you investigate with Eye of Chaos to get clues at your location first and all connecting locations after.

Token of Faith turns every token pulled into a . This is particularly useful during Evasion as you will add tokens to the bag when storing tokens on evaded enemies.

Keep Faith always useful to increase the number of Tokens in the bag, your teammates will thank you for this.

Draw as many Tokens with Third Time's a Charm/Live and Learn/"Hit me!"/Favor of the Moon on Evade actions to store as many on a non-hunter enemy and trigger autosuccess at the end of the test with Favor of the Sun and Paradoxical Covenant or Beloved.

All the / Tokens stored this way on enemies will be ready to use again on any test thanks to your Tidal Memento.

Note: You only store Blurse tokens on the enemy if the Evasion attempt is successful.

Use Eye of Chaos (4) to get clues at every connecting location and potentially 2 clues at yours.

Note: The level 0 Eye of Chaos gives you up to 1 clue at a connecting location if you reveal a Token during the test.

The level 4 Eye of Chaos gives you one clue at a connecting location for every Token revealed!

To succeed the test despite all the Tokens you reveal, you can count on the +2 of Eye of Chaos, and the boosts available such as Fey, the static boosts of Peter Sylvestre (2) and Tristan Botley, and potentially some from the bag!

You can also fail if the location is shroud 2 or lower and use "Look what I found!" to collect 2 clues at your locations and X clues at connecting locations based on the amount of you pulled.

Your main enemy management strategy is Evading but sometimes damages need to be done.

In the beginning, Fire Axe does a great job for when you need to fight. It is rather cheap, and your deck is not heavily relying on resources once Eye of Chaos is in play. As you can play Faustian Bargain both from your hand and from your discard pile, you will often run with a good amount of resources. Sinking 3 of them in your Fire Axe will compensate your 1 to bring you to 7 . Promise of Power and your auto-succeed shenanigans (Favor of the Sun + Paradoxical Covenant/Beloved) can also help you with these tests.

Later, you can use Ríastrad to support your Damage Dealer. Use Eye of the Djinn to boost your base to hit with at least 8 on your Fight actions.

You can also replace Keep Faith with Rise to the Occasion for the early campaign to improve your chances of landing attacks.

Deep Knowledge is your main Draw Engine, you will see it rather often and your Wendy's Amulet makes it more likely for you to play it regularly.

Faustian Bargain is your main Cash Engine with the same strategy.
Favor of the Moon also brings you a few resources when played, but not enough to be reliable.

Careful with your Abandoned and Alone that can burst your discard pile and remove uses of Deep Knowledge and Faustian Bargain and will very very likely come right after you played Deep Knowledge preventing you from using it a second time.

Gaze of Ouraxsh if you need more fighting options.

We do not take Priest of Two Faiths because there are already enough in the bag and we do not want to prevent the use of Faustian Bargain, Ríastrad or Deep Knowledge when needed.

"Look what I found!" (3) to get clues from failure at 3-Shroud Locations.

The Skeleton Key to decrease the shroud of location, increasing your chances of success, and Quick Learner to reduce the difficulty of the test to 0 once the key is attached. (To be confirmed)

Compare with another decklist